BERLIN AFTER THE FALL OF THE WALL

Miron Zownir's photographs from the reunited German capital show the architectural upheavals and Berlin's hedonistic spirit at the beginning of the new millennium, up to the Corona Lockdown  protests and Black-Lives-Matter-Demonstrations  in 2020. 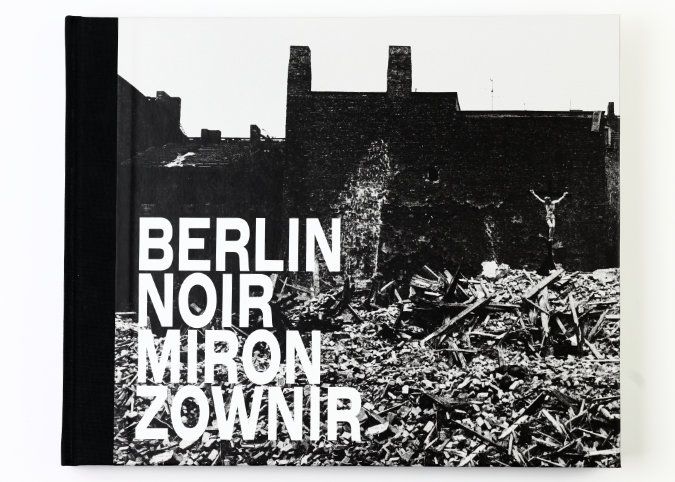 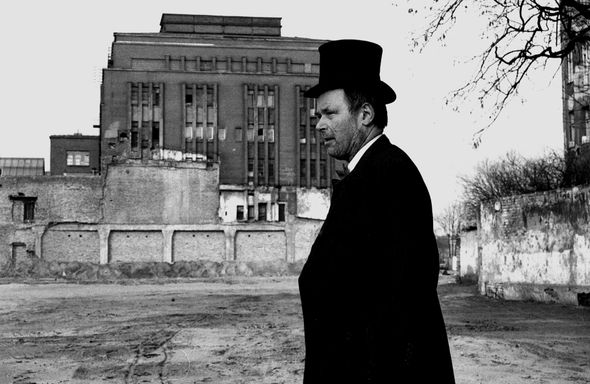 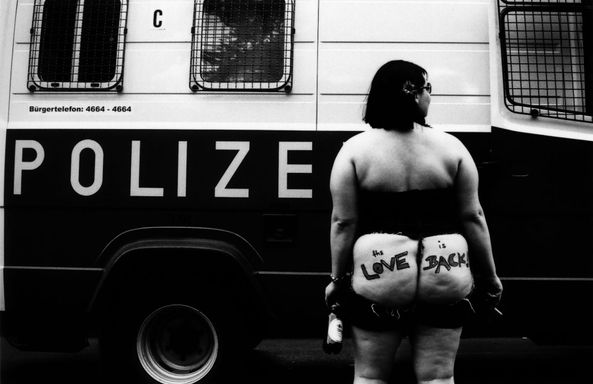 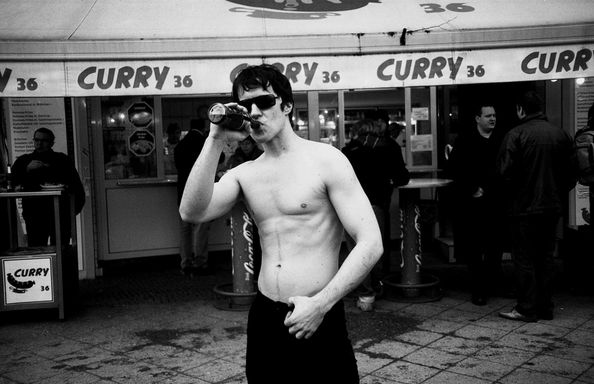 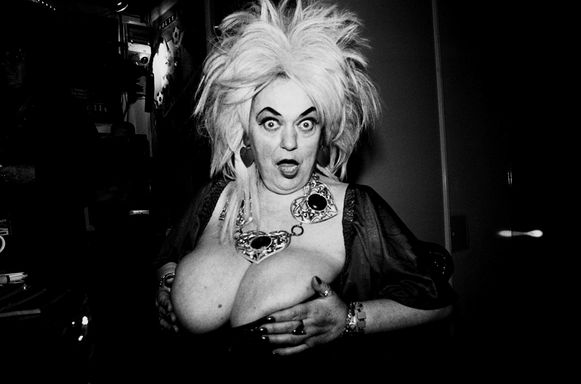 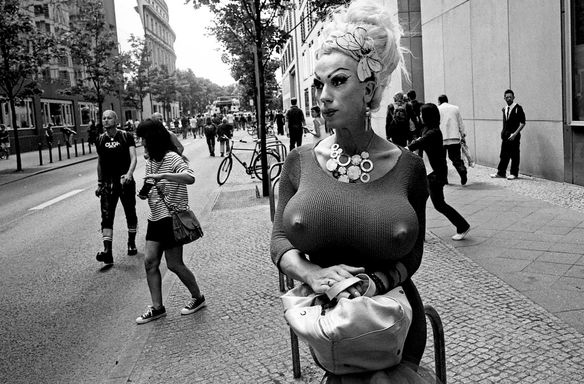 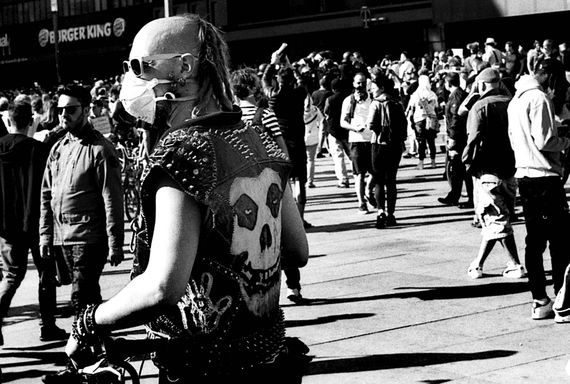 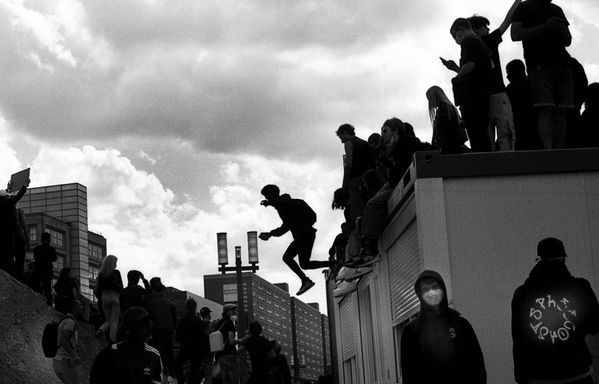 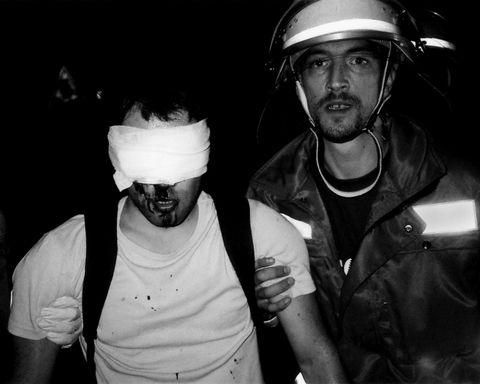 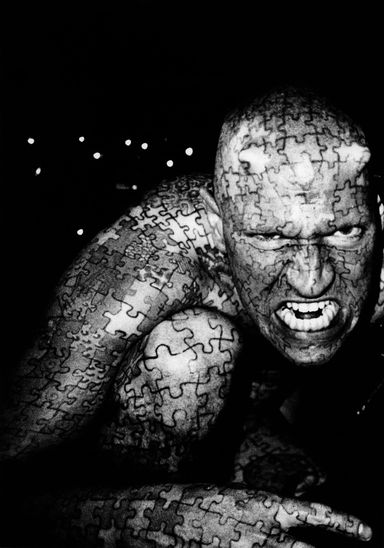 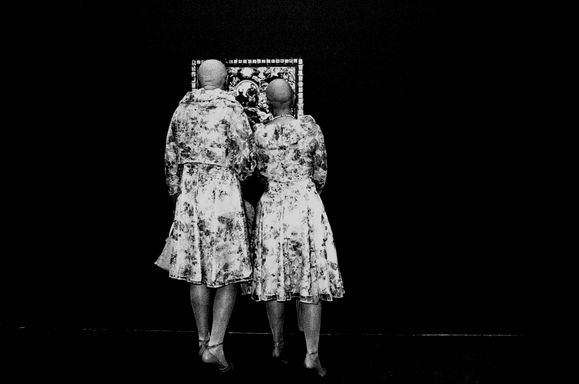 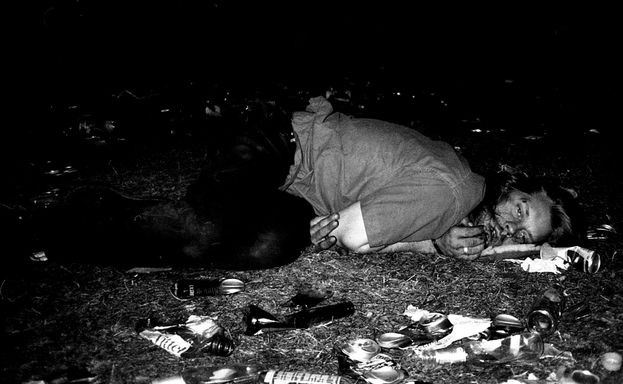 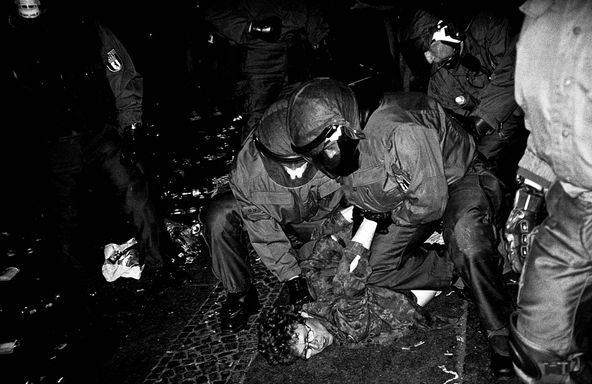 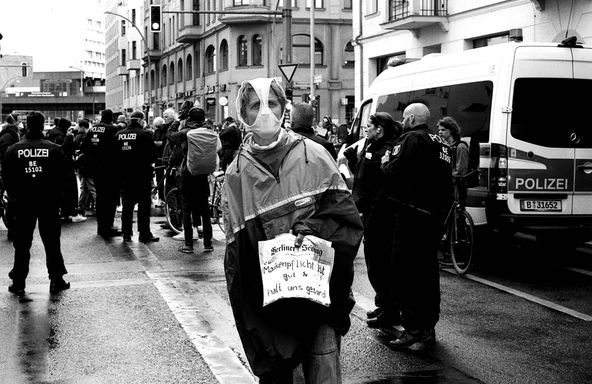 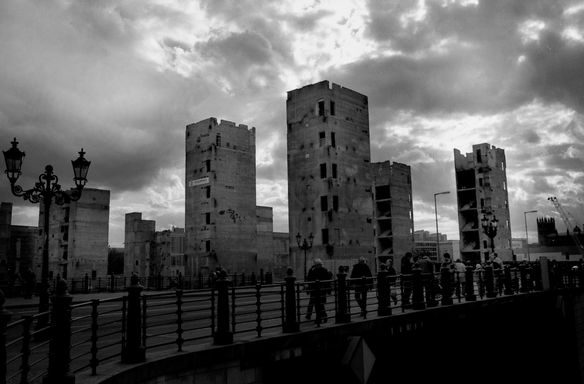 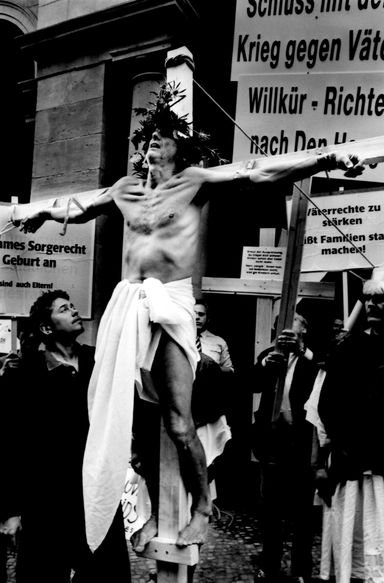 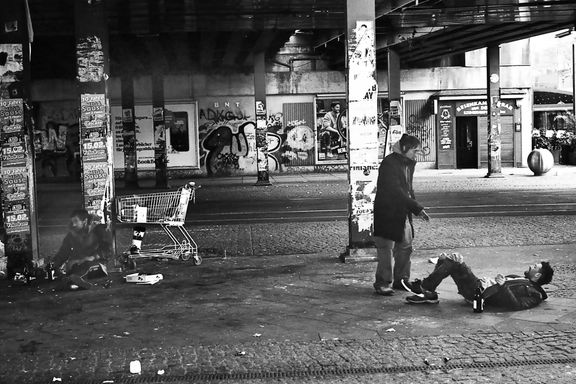 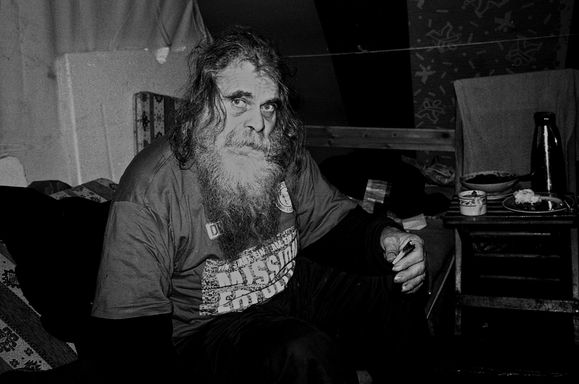 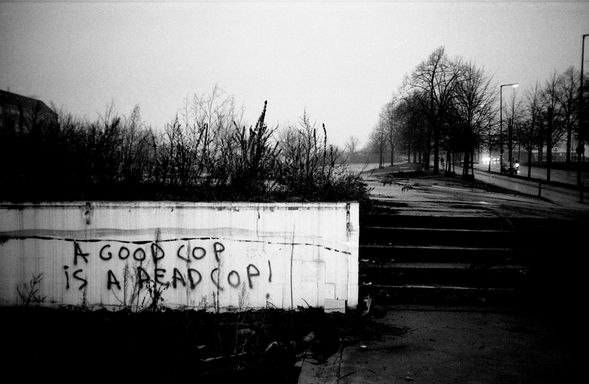 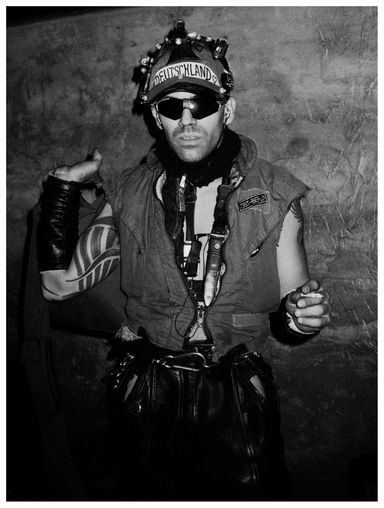 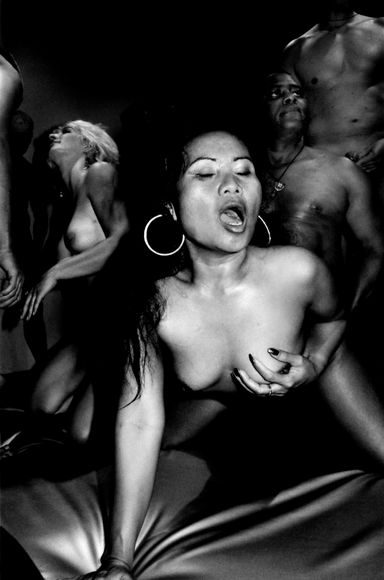 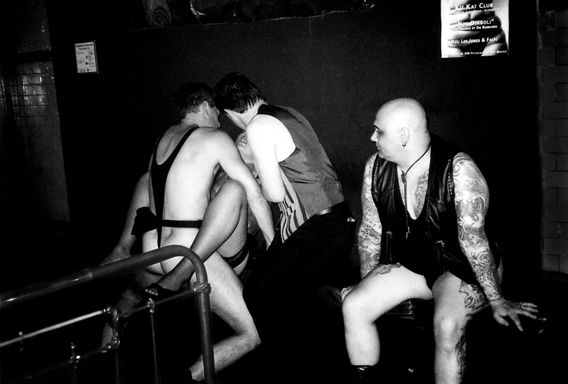 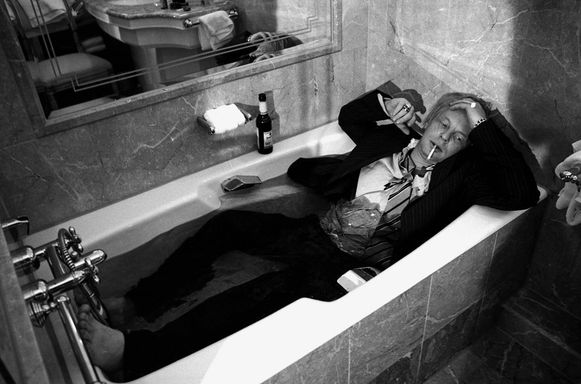 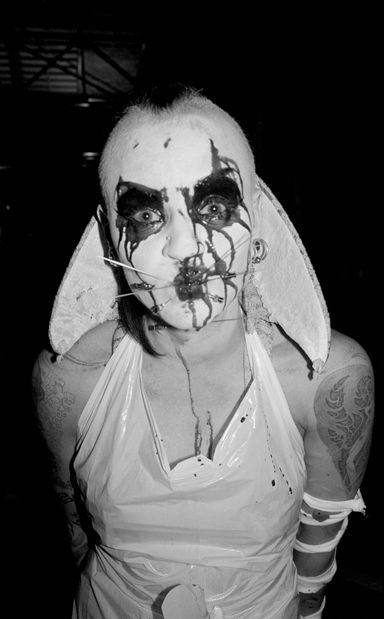 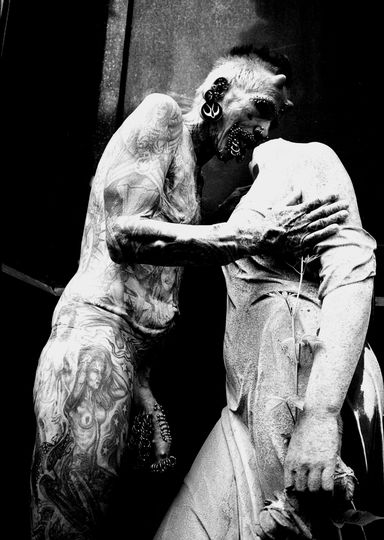 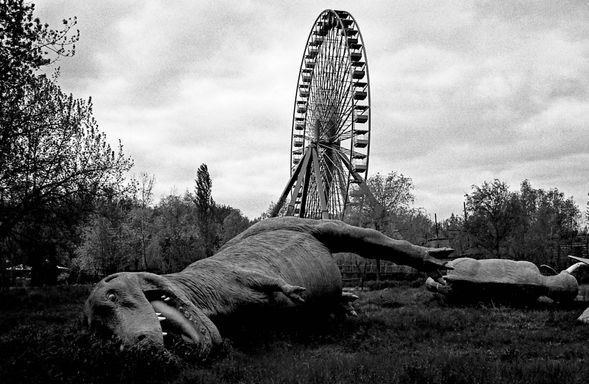 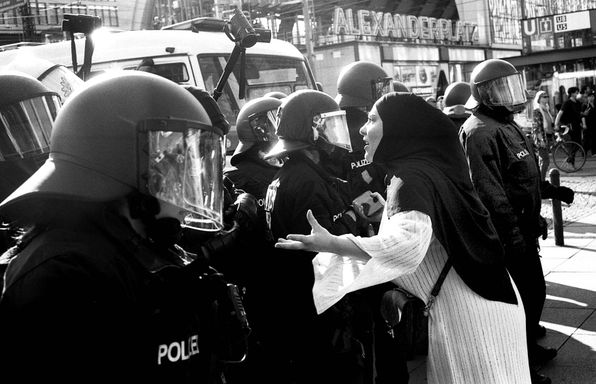 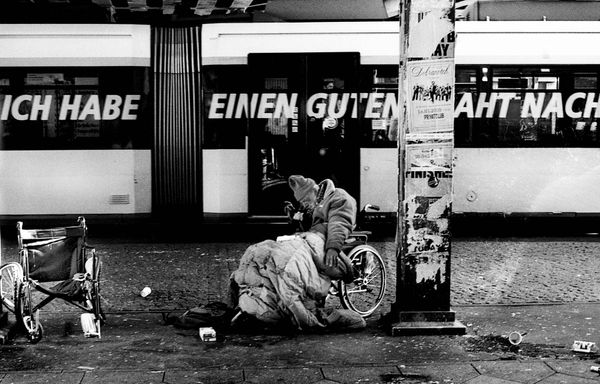 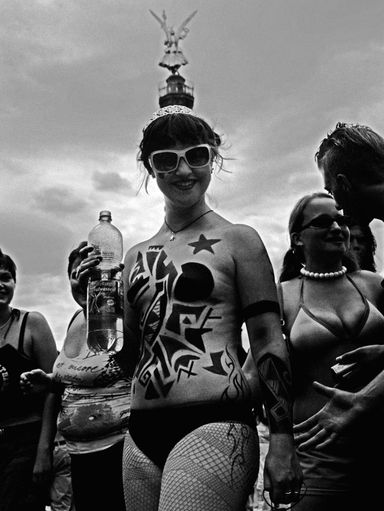 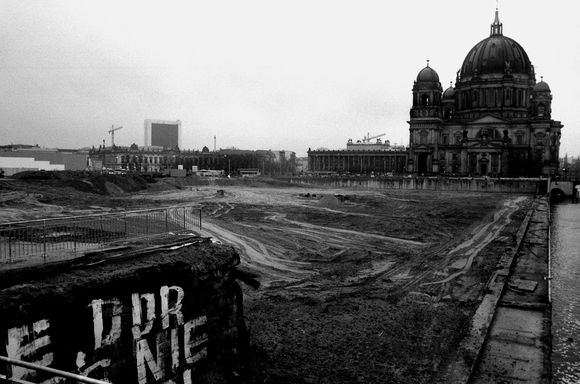 In Berlin, where Miron Zownir settled after his return from the USA, he continously captured a city, which since reunification, has been in a constant state of transformation.

Nevertheless, Berlin is still the longing destination for weird excentrics from all over the world, where they can freely express their taste for the extreme. Zownir's portraits illuminate cultivated passions, states of exception, and dark depths in a way that is as gritty as it is captivating. The subcultural protest of earlier decades seems to have given way to excessive hedonism since the beginning of the new millennium, dominated by techno and rave. His images, of "anything goes" in Berlin nightclubs, the fervent body cult of the Love Parade or commercial sex events, testify to a seemingly boundless freedom and reveal an ecstatic escape into drugs, pleasure and pain.

Zownir shows the wild life in a city that has simultaneously become richer and poorer, more exciting and faster, but also more abysmal and tougher. On the streets of the capital, Zownir has been photographing riots and marginalized people. Also a number of Berlin originals, such as backyard musician  Bruno S., Germany's fattest whore, Molly Luft, or actor Ben Becker, among others,  make their appearance.